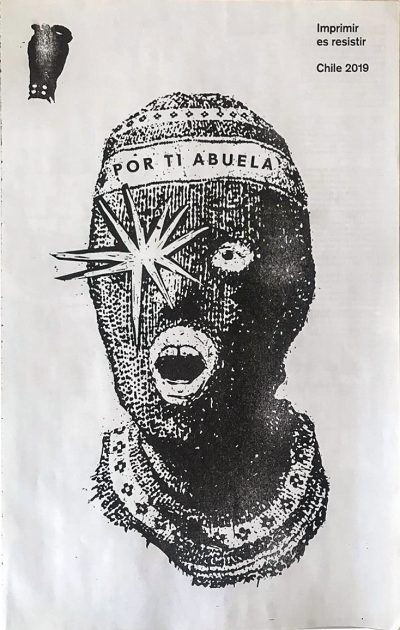 Imprimir es Resistir is a compilation of insurgent and protest graphics produced in Chile in the fall of last year (2019) during a period of popular rebellion and violent repression. "On October 18, 2019, the Chilean people declared themselves in rebellion. The students decided to evade paying the Metro fare, which days before had risen $30 affecting most of the working population of the city of Santiago. That act was the trigger for a general social discontent in the face of the lack of equality imposed by an extreme neoliberal system validated for 30 years by a democratic regime that has always been in the shadow of a capitalist structure installed by the dictatorship. The next day, the right-wing government of Sebastián Piñera sent the military forces to the streets and declared war on his own country. Police violence took over the cities, confronting the people who defended themselves by blowing empty pots and throwing stones. Since then, rebellious citizens have been on the streets actively resisting the violence of authority and generating demonstrations of all kinds to make visible the injustices that affect all Chileans. The city was transformed into a book full of independently produced, self-managed and spontaneous words and images. Photocopied and letterpress posters, silkscreen prints and graffiti transformed the urban scene with a voice that called for an end to police violence, the departure of the president and a new political constitution to replace the text that has left the people in poverty for the benefit of big corporations. Artists who have preferred work anonymously, today are moving for a change, printing and pasting their works on the walls of the main cities of the country. The posters of our revolution are beginning to circulate around the world. This archive includes material collected between October 2019 and March 2020. Some of the authors of these pieces shared their work to be exhibited at the Volumes Zürich Art Book Fair and the Rrreplica Fair of CDMX, part of an support action and solidarity with the Chilean people. As a living collection, this gallery will remain active by receiving voices, records and graphic contributions of the material produced during that period of time. The graphic resistance continues. In our country, to print is to resist." —imprimiresresistir.info 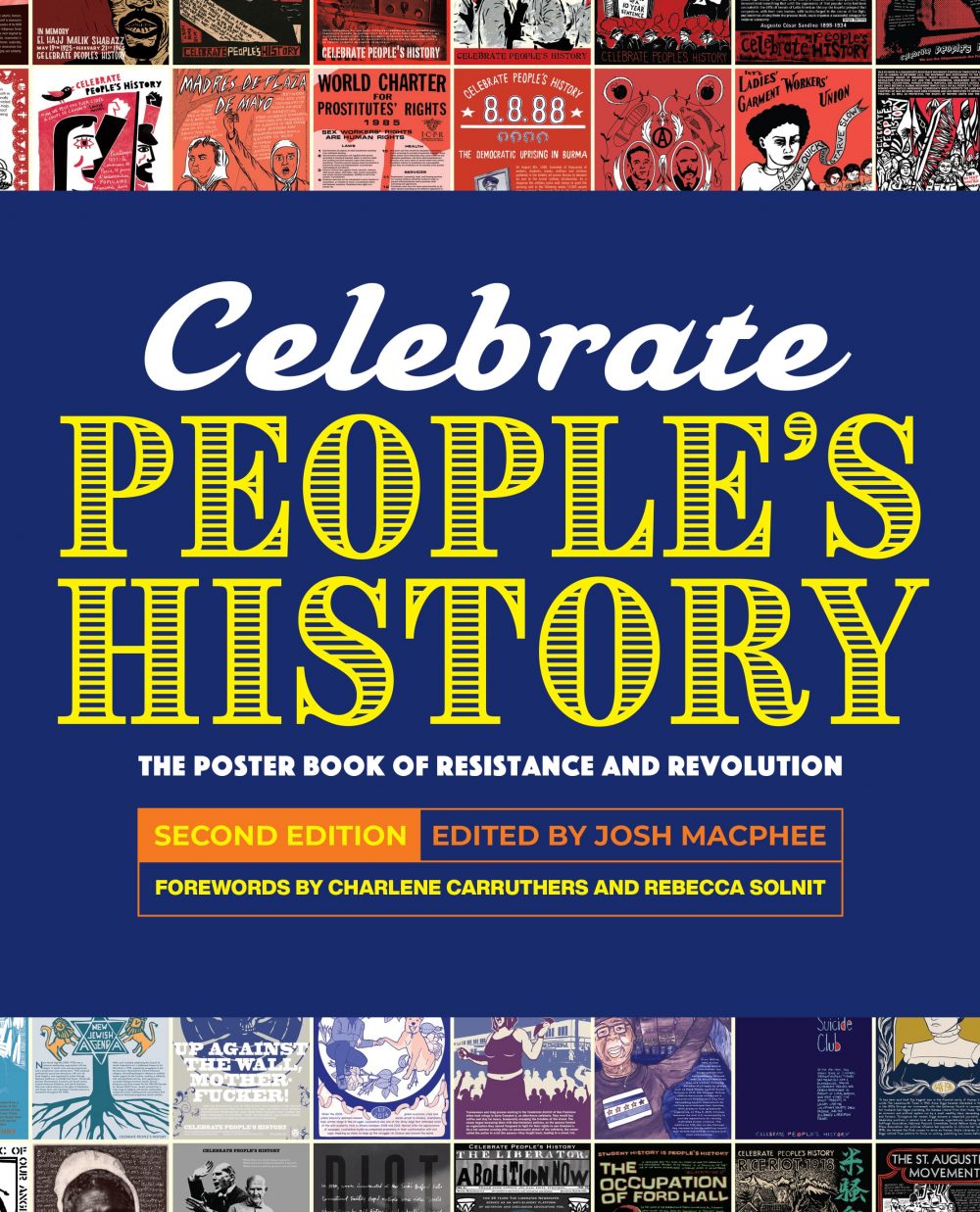 A full-color graphic history of global dissent and historical activism, celebrating the possibilities of collective resistance, featuring posters by contemporary artists and forewords by Charlene Carruthers and Rebecca Solnit.