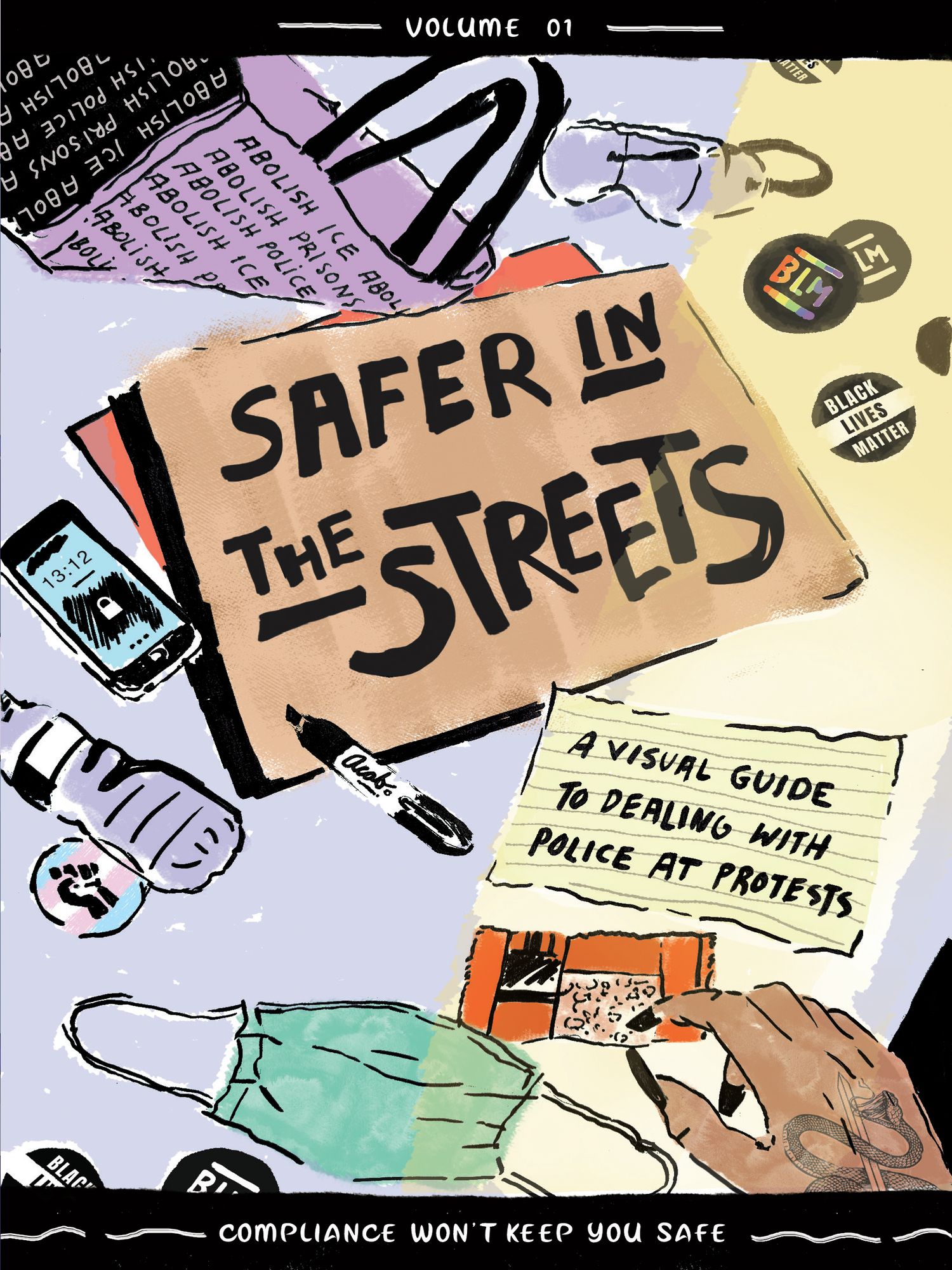 Safer in the Streets

Safer in the Streets

A zine on best practices for dealing with the police from a cartoonist collective. As people hit the streets across America to protest the murder of George Floyd and stand for Black lives, we’ve all seen authorities respond to our protests against police brutality with more police brutality. Now no one can plausibly deny that the police are violent, regardless of whether demonstrators are breaking windows or just exercising their alleged freedoms. And yet, we cannot allow the cops to beat the resistance out of us. Safer in the Streets is a tool for protesters that illustrates best practices for dealing with the police. In the series, seven different cartoonists interpret a basic principle of street tactics, from snake marches to how to make sure you don’t break your fingers. It’s free to read and share for everyone, and it’s formatted to print as a two-sheet zine for passing out. Compliance won’t protect us out there, so we need to be smart, careful, and brave if we’re going to be safer in the streets.