May 2020 marked the 50th anniversary of the Kent State and Jackson State massacres, which set off a historically large-scale student strike across the nation. With the anniversary as an entry point and frame of reference, this 96-page full color publication uses posters, buttons, pamphlets, flyers, zines, and more—to examine the broader scope of student movements that both led up to and followed those of May 1970. Based on Interference Archive’s online exhibition of the same name, Walkout: A Brief History of Student Organizing focuses on how student organizing emerged in the post-World War II era as the avenue through which postwar generations could participate in public dialogue and critique existing systems, becoming voices of change. Organized by decade, materials in this publication focus on student organizing in the United States but make reference a the broader global context of student protests in France, Brazil, Japan, Mexico, and Canada. 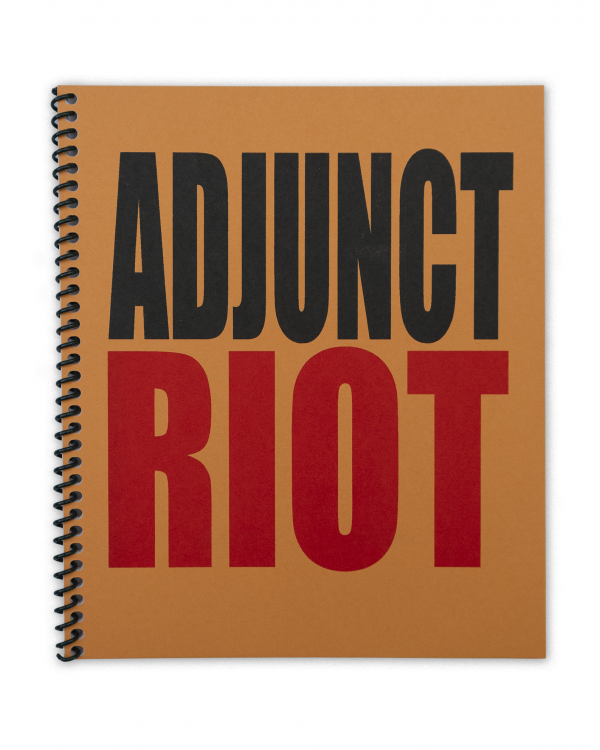 ADJUNCT RIOT is a collaborative book project that compiles accounts of part-time, contingent life in American academia. Organized, compiled, and designed by Amy Fleming. Riso-printed and spiral-bound by Erik Pedersen at Drum Machine Editions. Black and bright red ink on FPC Orange Fizz (100#C) and Construction Whitewash (70#T). Hand numbered by Amy Fleming. Second Printing, June 2020. Visit Drum Machine Editions on SoundCloud to hear DISPATCHES FROM FLORIDA, a short audio piece in which Fleming introduces the project and provides an update on adjuncting during the pandemic: https://soundcloud.com/drummachineeditions/dispatches-from-florida AMY FLEMING is an Adjunct Professor at Florida State University College of Fine Arts. Tired of the corrupt and exploitative labor practices rampant in higher education, she designed ADJUNCT RIOT as a platform for adjunct voices. 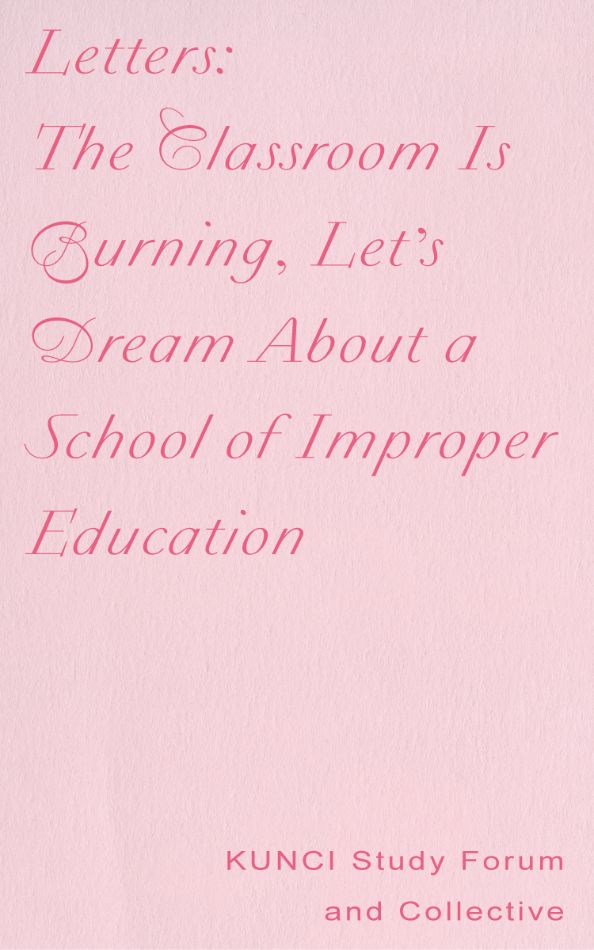 Letters: The Classroom is Burning, Let's Dream About a School of Improper Education

Letters: The Classroom is Burning, Let's Dream About a School of Improper Education

Since its founding as a cultural studies group in 1999 in Yogyakarta, Indonesia, KUNCI Study Forum & Collective has experimented with methods of producing and sharing knowledge through acts of collective study at the intersections of affective, manual, and intellectual labor. This pamphlet is a collaboratively authored epistolary essay that narrates the discourse behind the development of KUNCI’s School of Improper Education, an initiative that posits studying together as a tactical approach to create the conditions for social movement. Founded in 2016, The School of Improper Education is an avenue through which unlearning can be practiced, where unknowingness can be transformed into a series of productive tools for understanding the contemporary social ecosystem and articulating the resourcefulness of an independent art and cultural organization. 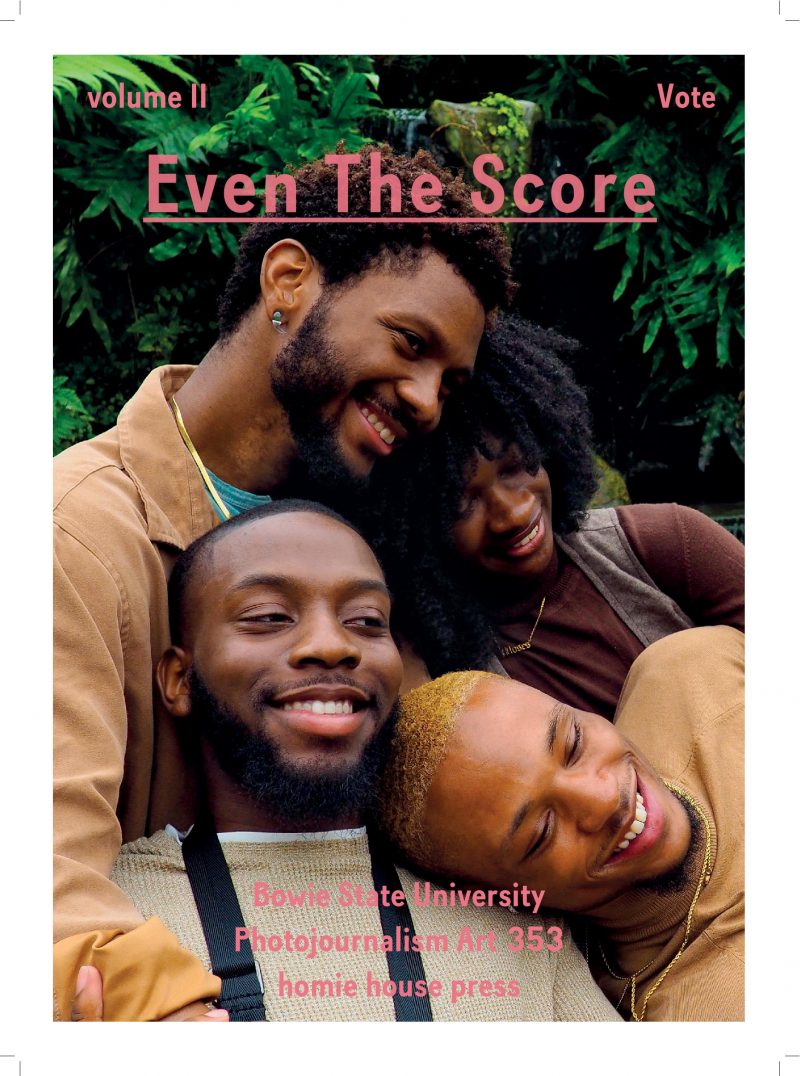 Even The Score, Vote, Volume II

Even The Score, Vote, Volume II

Extra Extra! Read all about it! Even The Score, Volume II, Vote. We’ve worked really hard on this!!! We are proud of the students and how they’ve come together to birth this into the world at such a time as this. 2020 VOTE. This project was made by the wholesome hands and hearts of the students of @jtknoxroxs at @bowiestateuniversity in the department of @vcdma through the pilot residency program with Adriana Monsalve / Homie House Press. We cannot stress enough how necessary and courageous the student’s work is! You should know by now, 〰️ student work is da best work 〰️ 💓📰💓 All the love and courageous vibes to everyone that had a hand in bringing this to life, Thank you Bowie State University!